Dave Jolly Well Does Write Things Sometimes, though they are quite self indulgent

There is a very good reason why I haven't posted anything in ages, and it's not just the electiony stuff going on. I have invalidated the title, and indeed very raison-d'etre of this blog and finished the bloody book. And when I say finished, I mean, got to the end, done some re-writing and given it to some people to read so they can tell me it's all a bit shit and make me rework it all in a month or two. But more finished than all those other ones I've got lying about the place.

On the back seat of my car is a one of only two fully printed out manuscripts of it (just for myself, because ever since I sat as a nerdy eighteen year old at my sister's old typewriter, frantically typing out my unreadably scrawled chapters I have wanted a bundle of papers that make up a novel that I have written myself. I am aware that they are essentially redundant in the digital age.) there would have been none, but one of my readers (and frankly, the one who's opinion on the whole endeavour I trust more than anyone's) asked me if they could have a hard copy, and since, due to my job, I have access to all the printers I can eat, I could think of no reason not to. I am feeling rather smug about the whole thing to be honest, and am anticipating a crashing come-down when all my readers inform me that they have no idea what it is meant to be about, and the whole concept is flawed.

I am also writing today to try and explain my reasoning behind the breakup of me and the Plastic Squirrel (for those not in the know, that has been the name of my solo musical endeavours since the mid nineties). While it seems utterly schizophrenic to break up a solo act, and wildly pretentious to have several solo projects under different names, neither of these are true. I did an EP for a bet of mildly amusing folkish songs called political correctness gone trad. It sounded nothing like Plastic Squirrel material ever should, and I liked it. Rather than spending weeks crafting elegant, intertwining synths and guitars and agonising over every single hi-hat sound I sang stupid words over cowboy chords and realised I could actually play it live. And as a bonus, I could just roll up to gigs with one guitar and nothing else, hell, I could cycle to gigs if I do this. 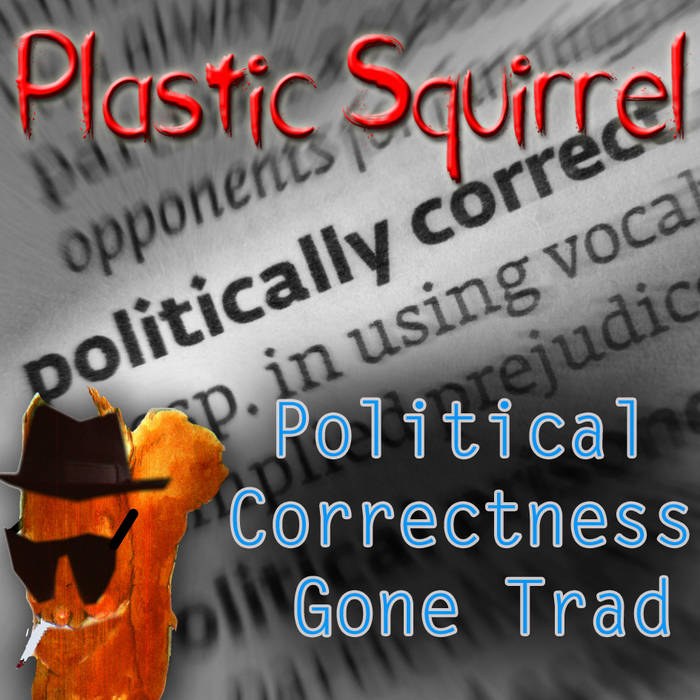 Now, I did three Plastic Squirrel shows in 20 years of Plastic Squirrel's existence, and every time I felt embarrassed that I was not a band. So when deciding to do this new material live I figured it was best to abandon the name as well. This brought up another problem, I don't want to go out as just Dave Holwill, there are a million people out there performing just under their own name, and names are not memorable. No offence to all those who do that, but for every Nick Drake and Bob Dylan there is a Nick Smith and a Bob Jones who's names you forgot a day after you heard them. So I adopted the amusing name conferred upon me by the landlady of a pub I used to play in, Dave Not The Cat. I did a few shows about ten years ago under that name, playing dodgy covers on an acoustic guitar. The name came from an actual Cat who roamed the streets of Hatherleigh at the time, who was called Dave. Although he wasn't really, and it was my wife who called him that, although before we were together, so it wasn't as weird as it sounds.

Anyway, I digress, basically I am toying with the idea of playing my own songs in public again, for the first time in a long time, and needed a name I didn't want to apologise for every time I said it. I think it's worked.

Apologies for this blog, it is thoroughly self-indulgent and serves no purpose whatsoever. I know I expected to be ranting about politics for the entire election campaign, but it has turned out to be so anodyne and dull that there is nothing to rant about. Maybe the fact that if you don't believe in borders, think that nuclear weapons are a bad thing and that equality is a good thing then people will think you some kind of lunatic, and laugh if you suggest that anarchy is not the same thing as chaos. I could rant about that, but frankly the lack of political engagement from those seeking election has knocked the political engagement out of me as well, bring on the rematch in July.

I have always argued that if you don't vote, then you have no right to complain, but I have spent the last twenty odd years voting and complaining, and I am tired of complaining, so I might give up voting as well. At least that was what I was thinking, since there is no real socialist alternative to the two main rhetorics, and everybody prays to the economic gods of perpetual growth, maybe I should give up. And then I saw this video

And while it still isn't what I want, I admire what he is doing, and will probably vote for him tomorrow rather than writing wankers on the voting slip, or throw myself at the greens again. At least this way I might help somebody not lose his £500 deposit.
Posted by Dave Holwill at 11:42