In Praise of Awesome Aunties.

My mother, who my cousins assure me does some work on the side as an auntie, admonished me this week. Once again she reminded me that at no point in the pages of my novel (Weekend Rockstars – still very much available from Amazon kids, don't forget to buy it) did I thank my wonderful auntie who did an awful lot of work on it for nothing. I pointed out to her that I had thanked her in this blog and on my facebook author page. She gave me a proper mum look indicating that this was not good enough – I had not written my thank you letters. If you know me well enough, then you know exactly who my auntie Jenny is, and why I might be slightly reticent to recklessly attach her name to a self-published book that I only wrote as an experiment to see if I could get to the end and which was turned down by no less than thirteen literary agents. 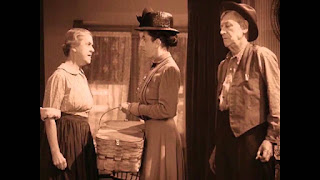 Almira Gulch, just because you own half the county doesn't mean that you have the power to run the rest of us.
For twenty-three years, I've been dying to tell you what I thought of you!
And now... well, being a Christian woman, I can't say it!

In fact, due to my own insecurities over self-publishing, I did not include any acknowledgements at all. This was not because I am not grateful to all those who helped me get from vague idea to finished book, but because I read a lot of self-published crap* (it is most likely to be free to read on a kindle when I am bored, skint and have nothing to read). The worst part of all of them is the self-indulgent ego-trippery of the author's note and acknowledgements. I cannot stop myself reading the endless wankery of how they wrote their mediocre tale of an obvious stereotype (or thinly veiled version of the author) enjoying a standard plot twist (or blatant wish-fulfilment fantasy) and the infinite listing of all their relatives and friends who didn't try to stop them even though they really should have – all underneath a massive gurning black-and-white selfie of the author looking 'thoughtful'. In the interests of fairness I must point out that a lot of this stuff is produced by 'reputable' publishing houses as well.

It never fails to remind me of someone delivering an imaginary award acceptance speech in the bath, like Jimmy Rabbitte in The Commitments. I felt egotistical enough including a dedication to my three sadly deceased friends (who could not object to their inclusion) and my wife (who was surprisingly pleased by it). I have never read an author's note or list of acknowledgements in any works by Orwell, Tolstoy, Dostoyevsky or Dickens, and J.R.R. Tolkien never added such a thing until his publishers asked him to for the collected edition of Lord of the Rings. I have this blog to indulge myself in the mistaken belief that anybody actually gives a shit about anything I might have to say, so why sully my book with it? 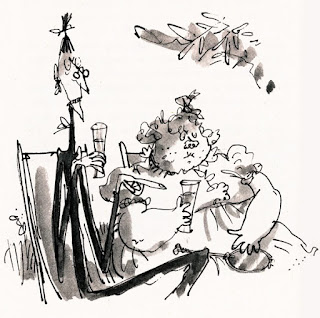 This pair of bastards are nothing like my aunts

I think I tried to explain this to Auntie Jenny herself at her daughter's wedding in September, and I'm sure she said it was fine to attach her to it – despite my rewriting loads of it after her brilliant editing and probably undoing all her fine work. But I am British, and am utterly convinced that people are just being polite and no praise is real. So I didn't. Also I was fairly drunk and may have imagined the entire conversation – in which case I can never bring it up again.

I was lucky enough to grow up with two awesome aunties – along with matching excellent uncles – to forget to write my thank you letters to. While I did not, at the time, fully appreciate all the books they gave me enough to want to write thank you letters (what six year old actually wants to write thank you letters?). I did, eventually, realise that Robert Louis Stevenson, C.S. Lewis and – more importantly – The Wind in the Willows and Tales of Robin Hood were completely pivotal to my development as a human being. Their indulgence of their nephew and combined literary bent has undoubtedly influenced me. I would also like to clear up the scurrilous suggestion that it was either of them that showed me the best places to hide cigarette ends in my mother's garden. That kind of information was – and indeed still is – of no use to either me or them. 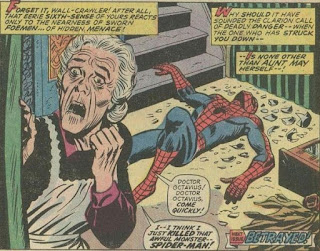 When she's not accidentally killing you, Aunt May is the epitome of the aunt you want on your side 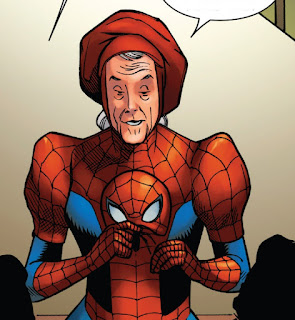 Aunts aren't gentlemen, as P.G. Wodehouse so neatly observed, and neither are they mothers. Which is why they are fucking brilliant. There were times, as a wee lad, when I thought it would be better to be one of my cousins as their mums were so much more indulgent than mine, I realise now that my cousins were almost certainly thinking exactly the same thing about my mum. Because when they're not your own kids you don't have to worry about spoiling them. I've seen my friends and family doing exactly the same thing now we are all parents – giving the nephews sweets while taking their own children's sweets away from them. Your kids aren't supposed to be your friends until they're grown up, but your siblings' kids can be – this is why aunts (and uncles) have more fun. 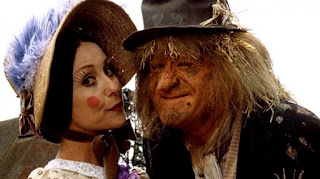 Was she even really an aunt? Was she Worzel's aunt? What the hell was going on there?

I have just received my latest manuscript back from my aunt. As always I have to temper my feelings about her cutting out so many words that I have over-invested myself in, accept the criticism of my excessive wordiness (good job she doesn't edit this rambling, sesquipedalian orgy of a blog isn't it?) and grudgingly admit that she is right, as always, and I can never adequately express my thanks towards her for it. My mum is right as well (mums generally are, so's your mum and everyone else's) I should have written a few lines of thanks in that book, it's not ego-driven madness, it's just polite. The next one will have more manners – and should be available quite soon.


*Not all self-published fiction is dreadful, I've read some really great stuff, and I'm not just saying that in defence of my own work. I really liked this one I found on amazon. There's good stuff if you hunt for it.