How can we be lovers if we can't be friends? Are men broken?

This weekend was carnival time in my terrifying little corner of Devon. A time when our primeval fear of the cold and dark leads us to set fire to things and throw them at each other. I knew this because my google calendar set off my ancient primeval fear of the cold and dark by beeping a midnight reminder as I was dropping off to sleep. Why did I need my phone to tell me this when the whole town was full of it and local excitement stalked me across social media?

I didn’t. At least I don’t anymore. (I also haven’t figured out how to turn off reminders so it doesn’t wake me up every other night, don’t @ me). 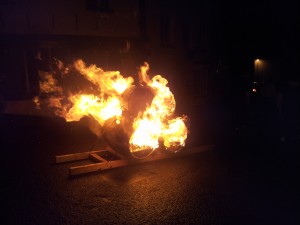 Carnival weekend was on my calendar to make sure the band didn’t book any gigs so I could enjoy it (or play at it, as I have for the last god-knows-how-many years). So it was a bitter-sweet, heart-stoppingly loud beep it gave, reminding me that for the first time in my (admittedly very poor) memory, I am not an actual member of a band anymore. My current band did its last gig last weekend.

I’ve got gigs booked, I still dep for more bands than I can actually remember and do the odd solo show (hence all the google calendaring) but it’s not the same. It may be because my recently expired band was made up of people I have been friends with for over thirty years. As an adult I have very few fully-functional friendships, and those I do have tend to be the result of bands I used to be in.

I have a feeling that adult men in the 21st century are poorly equipped to maintain proper, healthy relationships with people we are neither related to nor having regular sex with. I have an even stronger feeling it might just be me.

As men, we don’t talk about important things. According to stereotype, women meet up and talk about everything: sex, books, death, genital hygiene, the whole gamut of the human experience; while men talk about cars and football. In reality, I doubt any of this is true, particularly since I have no interest in cars or football.

As a result of this non-communication and brushing important things under the carpet I fell out with a very good friend over what turned out to be a misunderstanding. For most of this year we did not speak, until we finally did, whereupon it turned out we had both taken offence where none was intended. I’m not going into details, but it highlighted just how little we men talk about things. At least nobody died. I spent a lot of time being surprised at how ill equipped I am to deal with a broken friendship as an adult. 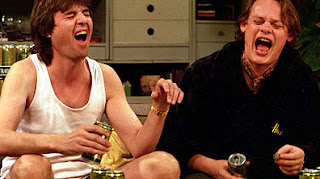 And then the unthinkable happened. I am not terribly sociable or communicative at work and up until this year I have never missed anybody from any job ever after they left unless their replacement was a useless bag of shit-spanners that made my life harder. (That’s nearly always the case, but not where I work now. We never replace anyone, just make somebody else’s job harder). But nevertheless, a chap I’ve worked closely with for the last decade unexpectedly quit and it took me weeks to work out that that was what I was unhappy about. It should have been obvious, but like I say, I’m not the best at maintaining functional friendships - or recognising them.

All of this brought my mum’s offhand, ‘if we knew what we know now when you were little I’d have had you tested for autism,’ back to my mind. I went down a googly wormhole and quickly diagnosed myself as functionally autistic with a side-order of ADHD. This was clearly bollocks. Last time I self-diagnosed myself I was convinced I would die within the year, but it turned out I just wasn’t getting enough sleep. I can’t diagnose myself as anything, but I did recognise a lot of symptoms.

So what do I do with that? I’m 42 years old, have a job, a couple of lucrative side-careers, thirteen years of happy marriage, two well-adjusted step-kids that are partially my fault and a lifetime of coping mechanisms that keep me in check. What good would an adult diagnosis get me?

That’s an actual question by the way, I struggle to see what good it would do me to put yet more pressure on the NHS trying to find out why I freak out utterly at some fairly odd triggers. It could just be flashbacks. I’m more worried about the undiagnosed arthritis I can feel in my wrists as I type this blog, but I’m not going to the doctors about that either.

I saw the root of the problem while watching World War Z. Brad Pitt’s character is going off somewhere and leaving the women folk without a man. So he tells a prepubescent boy to look after them. I’m paraphrasing but basically it was, ‘Look after the ladies for me small boy I just met, for you are male.’

I’m sure we men just need more rights to maybe be better, so I am going to become a mens’ rights activist and fight for the following rights: 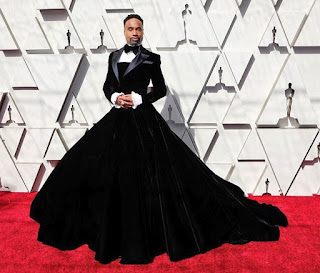 Of course the irony is we do have all these rights already.

But some other, bigger boys are trying to stop us utilising them.
Posted by Dave Holwill at 00:03 No comments: