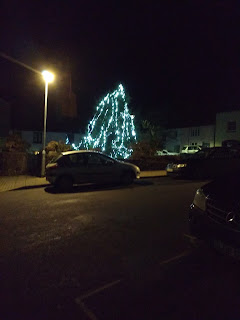 My earliest memories of going Christmas shopping involve getting the train up to London from Guildford, going round Hamleys (which was very much like a fantasy dream sequence from a movie at the time, all trains and tinsel and elves and magic) and then going to watch ET at the pictures. I'm pretty sure this memory is utterly garbled with a whole load of others, particularly since we lived in Cranleigh when ET came out. I was only five, so I think I'm allowed to misremember this stuff.

Once we were safely relocated to Devon, the Christmas tradition became a family car ride to Barnstaple (seriously, we lived in Bideford, and if you couldn't get it in Woolworths or Jimbos you probably couldn't get it in Bideford) where we would all split off to buy gifts, before meeting up outside Marks and Spencers in time to go home: where my mother would berate me for having bought nothing but Transformers and comics. Gifts are hard.

By the 90s, I was taking my Christmas shopping trips to Barnstaple on the bus, without parental assistance. This meant that my mother was unable to berate me for spending the whole afternoon in Second Spin and coming home with nothing other than Black Sabbath records (original first pressing Vertigo) because she didn't know. Thus began my 90s tradition of running round Gateways on Christmas eve and buying everyone shit biscuits.

Come the millennium everything changed. I don't mean the advent of online shopping, I mean I began my future of working in jobs that are relentless all day every day slog right up until Christmas Day itself. I was a postman then, and on reflection it was much easier than being in the personalised tat industry where I find myself now. The bus to Barnstaple continued to be ridden – though in more of a rush, and usually on a Thursday afternoon – I got an 180g Vinyl repressing of Meet The Residents, and everybody else got biscuits from Somerfield.

Then I moved to the middle of nowhere, the bus to Barnstaple (or anywhere really) only went once a month, if the moon was fat and the wolves were running, and the job in the tat industry began. Thank you internet shopping. In all honesty, once I had moved in with my now wife, then girlfriend, my Christmas shopping became more a matter of handing over money since I could now inhabit an ages old male stereotype and leave the shopping to the missus. She is still not happy about this arrangement, I still use the job as an excuse. I can only get away on Sunday afternoons at best. I still forget that shops open on Sundays now. I am old. 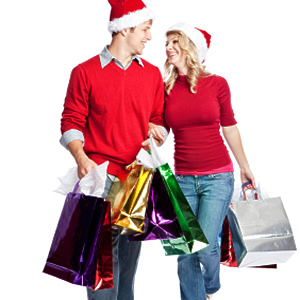 I do still have to buy gifts for the wonderful woman who does the hard work of real christmas shopping, so I am glad of the internet. Working long hours at a computer screen in November/December means you can have a window open on amazon and shop while you work. This used to be the perfect solution. Sadly, Ebay/Google/Facebook/Twitter etc. now log everything you have looked at, and blast it into the pop-up ads of every page you see. I now have to cradle my laptop away from my wife for the whole of December in case it flashes up ads for every single thing I have idly browsed in consideration of gift buying. I think I'm getting away with it by alternately telling her she wouldn't like the German Scheizer porn I'm watching and that I'm looking for her replacement on Guardian Soulmates.

When it comes to receiving gifts, I am a relatively well off forty year old man. I genuinely have everything I need/want except for a whole bunch of records and books, and the only way to find out which ones I would like would be for me to put together some kind of fucking wedding list for you, like a total prick might. The entire point of buying gifts is to show how well you know someone, give them a thing you think that they will like. I don't like things, give your money to Amnesty or chuck it in a homeless guy's coffee cup (as long as it's not the one he's drinking out of). That's the Christmas spirit, not some novelty plastic tat that I will rewrap and give to some other person I want to pretend to care about next year.

I like seeing the people I care about, I like sitting around having drinks with them, I like Christmas movies, I will always cry like a girl watching It's a Wonderful Life, every year. I like family Christmas Cocktail hour (it's never just an hour) and I like Christmas. I still hate the fucking gifts though, don't get me any. Humbug to all of you. 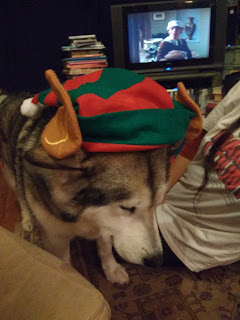 
And yes, that is The Box of Delights on in the background
Posted by Dave Holwill at 09:28 No comments: