Too many Georges – how to avoid a mid-life crisis on the eve of your fortieth birthday.

Despite my 40th birthday coming up in June, I have managed to avoid midlife crisis by not having stopped playing in rock and roll bands since I was 12. I suppose I could cut off all my hair and take up accountancy at the weekends, but I don't have time. George from my book, Weekend Rockstars, had quite a big crisis so I didn't have to. George Orwell (the novelist, not my cat) dealt with it definitively in his classic Coming Up For Air in which George 'Fatty' Bowling tries to go back to his youth, discovers it isn't there anymore and moves on (ambiguously). Which is how we should all deal with it: quickly. 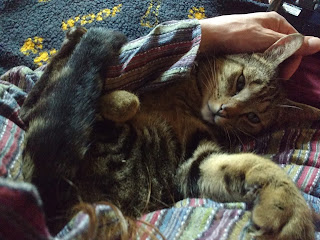 40 is not a big deal at all for me. I'm the youngest of three, and have already attended both siblings' 40th parties, and my wife's. Getting older doesn't bother me in the least. I am still affected by the usual mid-life worries though, what haven't I done? Why is my life nothing like the one I expected when I was 13? Why didn't I start getting my shit together earlier? Why does Alan Moore stare at me in the mirror every morning? 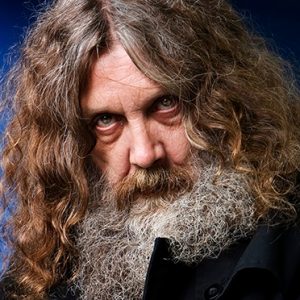 This is not me, but he does haunt my mirror
(and wrote Watchmen and V for Vendetta)

The answer to many of those questions is because my younger self was convinced he would be a rock star and die at 27 (despite writing utterly dreadful songs) and a fucking dickhead. I'm allowed to say that, because I am me. You're not, by the way, unless you're my mum, in which case you wouldn't use that kind of language. I am only now at the sort of stage in my literary career that I would have liked to be in about twenty years ago.

The thing is though, as an angry young man with a promising future I couldn't think of a good enough plot to hide everything I wanted to say inside as well as I can as a bitter, middle-aged git with a disappointing past. My 20 year old self would not be able to admit that he was writing terrible songs, or that the novels he unfailingly failed to finish were fucking frightful. I had not lived enough to write anything worth writing at the time. What little of it survives is mostly Pratchett/Rankin ripped off humour that lacks the charm and cleverness of its source material. That which isn't is hugely high-concept bollocks that I had neither the wit, nor the vocabulary to pull off. The North Devon music fanzine I did was pretty funny though, so not all bad. 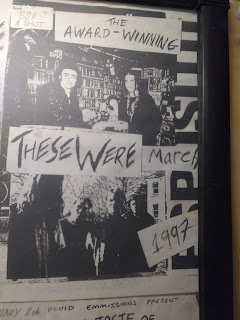 The Award-winning third issue of These Were...
It wasn't a real award, Matt the Hat and I thought it would be funny
It was 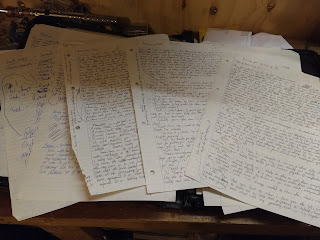 If only I could have highlighted, deleted and rewritten all this with the swish of a mouse back then

For my first novel writing attempt at 17 I would sit, in the middle of the night, at my enormous desk in the wide open bay window (so that the smoke would go outside, sorry Mum) next to the huge gothic fireplace of the downstairs reception room my parents let me live in, a bottle of whiskey on the side, imagining myself a Hemingway or Orwell, suffering in the cold for my art (although nipping out every half an hour for a cigarette break and keeping the window closed would have been much better. I know this now, age is good). Now I sit with a laptop, wherever I like (usually either on the sofa by the fire in my slippers, or in the garden in my flip-flops, depending on the season) and I know to leave the booze until after I've got my wordcount up enough.

It took me a long time to realise the importance of notebooks, and scrawling down every idea you have. It took me even longer to realise that my handwriting leaves the pages of those notebooks looking like a rorschach test and I am incapable of not losing pens. I have a notebook app on my phone now. But I still don't write everything down, mostly because I get those ideas when I have the dog lead in one hand and a bag of shopping in the other, a mouth full of toothbrush or both arms up to their elbows in a sink full of dishes.

Why not use voice notes Dave? Well, despite the fact that my inner monologue has never remained inner and I constantly narrate my life out loud like a shit sitcom (I am a street mutterer, sorry, the fact that the older I get the more tramp-like I look does not help) I don't want to look crazy by talking into my phone in public. So I never do – I know, it's a phone, that is literally what they are for, I would look less crazy if I did that. Also, I cannot organise my thoughts into useable sentences without thinking them through and writing them down, so, on the rare occasions I have made voice notes to myself (or used my old dictaphone) they are so rambling and full of 'hang on, wait... maybe... oh that's better..' and suchlike that I can't listen back to them. 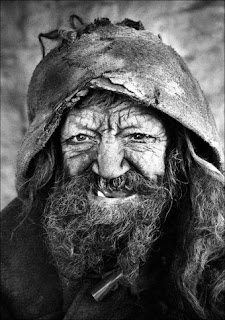 This is not me either
Probably won't be long though


Maybe if I had stayed at the posh school and gone to university I would have had a more conventional career, and be happily writing for a living now. Though I would probably be joylessly writing what somebody else told me to for money and abandoning creativity (see my paid musical output for evidence). Despite every single facet of the writing process being uncannily like pulling your own teeth out with pliers, I do still enjoy it. I must really, why else would I do it? It is not even paying my alcohol bills, and I don't drink much these days.
Posted by Dave Holwill at 10:58 No comments: