Life, The Universe and Everything

One thing I've noticed about getting older is that my pop-culture references are going out of date. My random shouts of, 'Monkey Tennis!' at trailers for new TV shows, or, 'It wasn't me that done it, Mr Hoppy!' in a geordie-esque accent are often met with blank stares anwyay. But most people used to at least chuckle a bit at 'Thats you that is,' 'You're so unfair,' or 'Am I bovvered though?'

I turn 42 this week and the number of people who understand why I have titled a blog about it 'Life, The Universe and Everything' is dwindling. Soon I will just be a strange old man screaming 'That's Numberwang!' at strangers who look as bemused as I did at 'Here's a funny thing, there'll never be another,' or my kids do at 'I didn't get where I am today by...'

The reason I haven't written a blog in a long time is not because I've been working hard on my next book (I totally have though) but because I haven't had an idea that stretches to more than a paragraph. What follows is a list of disconnected random musings, some of which are funny, and some of which will make you wonder what the fuck is wrong with me.

I have worn Converse All Star (or cheap copies of) for the best part of thirty years, and just this year realised they are not comfortable. They are too thin for my massively wide feet. Reasoning that anything Grayson Perry can pull off, I can too, I bought a pair of Crocs, due to their reputation for comfort. It turns out that comfort only applies if wearing socks, and not walking far. I quickly lost the skin from the tops of my feet walking up and down the road to the day job and am in need of footwear recommendations for those times between big warm boots and flip flops. 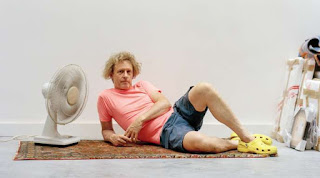 Downsizing is a popular thing which I am all in favour of. I've recently sold off a few unneeded guitars, I'm still trying to sell off my massive comic collection (do please message me for details) and most of my read books go to charity shops. I do most of my reading on a kindle and mostly listen to mp3 downloads anyway. Spotify is alright, but it's as morally-grounded as strangling puppies for pleasure and what happens if the whole streaming business model dies? No music for you.

I would get rid of all my actual books and big slab of vinyl but for fear of the apocalypse. When I'm living in the burned out remains of my shed after the meteorite/ice age/zombie uprising/nuclear armageddon, I will stand a much better chance of rigging up a rudimentary way of getting a turntable and amplifier to work than desperately attempting to reverse the effects of a world-ending EMP burst on my kindle, laptop and mp3 player.

So my excuse for having so much stuff is to prevent boredom as I wait for radiation poisoning to kick in.

I have discovered face-blindness, and it's a thing I probably have. I don't recognise anybody I've met less than five times, never have and never will.
I did worry I was racist, as 'they' do all look the same to me. The trouble is, 'they' are Keeley Hawes, Suranne Jones and Eva Green (see also: Colin Farrell, Brad Pitt and Johnny Depp). I'm not sure I even recognise my family by their faces and have a shrewd idea the only reason I wear hats all the time is so I can pick my own reflection out of a line up.
My cousin Tea covers the subject of Prosopagnosia really quite well in her book 'A Curiosity of Doubts' which I recommend to everybody. 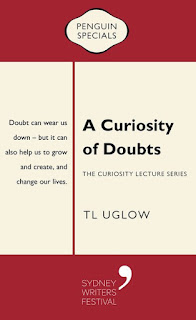 I've always considered 'do as you would be done by' a sensible rule for life; treat others as you would wish to be treated. But then I watched a documentary on Channel 5 about people who like having their genitals nailed to planks and now I'm not so sure.

I am uncomfortable using a mobile phone in public, and have only just realised why. It is not for fear of it being stolen, or appearing rude. It is because I grew up in an era when the only people who owned mobile phones were the worst kind of show-off pricks you could imagine and subconciously do not want to be associated with them.

My endless banging on about gender as a social construct has reached its natural conclusion. I've decided we are all born non-binary, poly-amorous and bi-sexual before social-conditioning takes over. We are taught that boys will be boys, girls will be girls, and those who aren't paying attention will be forever uncomfortable/beaten up on buses. Society has done its thing with me and I am now Neterosexual (only attracted to Netty - that's my wife in case you didn't know.)

I have finally accepted a book is now worth 99p. Less than a packet of Rizla papers, less than fifteen minutes' parking in Brighton.
Sometimes I worry that it's rude to charge people at all to read something that cost years of my life and a tiny piece of my soul.
Marketing said piece of soul means I have to spend a lot of time pretending to be interesting on Social Media. Usually by driving somewhere pretty and taking a photo of my dog (I keep her locked in darkness under the stairs the rest of the time, I do not like her, she is a marketing tool and only allowed out for photo ops. Don't ask about the cats.) 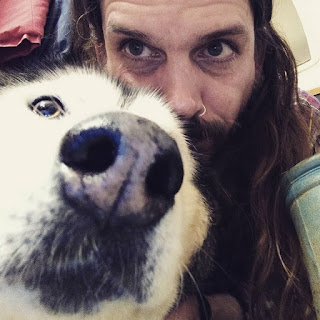 I could give the world a truthful insight into my life, but if I were to tweet, 'Just made it to season 5 of Brooklyn 99 on Netflix, still mainlining Pringles, lol,' four times a day it would not sell books/interest anybody. Neither would my drafted blog, 'Might have another biscuit before I start season 3 of Santa Clarita Diet.'

Why is it that any time I have a quick five minutes to watch the news it is always either sports or business news? Where is the pottery news? Wherefore the D&D stats? Why no books and music news on the every-half-hour BBC Breakfast cycle? Why aren't my (alright, I only do 50% of those things) hobbies represented like my brother's are?
This is just like being eight years old again.

British culture is an indefinable thing. Ask four different white men from Surrey what they think of the Chelsea back four and you could end up talking about plants, football, buns or asking what the fuck sort of a name Binky is.

Two of the biggest problems I endlessly argue with idiots about are due to poor use of language. Firstly, we let climate change be spoken of in terms of 'The Environment' as if it is something separate from us; and saving the planet, rather than the human race. If the words 'Human Extinction' had been used more widely forty years ago we might have done something about it by now.
Secondly, we let people use the term offended to mean crying in the corner, rather than not wanting to be complicit in structural bigotry perpetuated by tiny, tiny incremental bits of awful forcing us to call out bad things. It's the exact opposite of being a delicate snowflake so stop getting so offended at any suggestion that the status quo is shit.

I was told I would get more right-wing with age, this was bullshit.

It is the year 2019 and still people are looking around to check who is in the room before saying to me 'Do you want to hear a joke?'
No, I don't want to be in your clearly-about-to-tell-a-racist/sexist/homophobic/cunty-joke club.
It is 2019, what the fuck is wrong with you?

The only similarity between Boris Johnson and Donald Trump is a shit haircut. One of them is a very clever man hiding his agenda behind a facade of bumbling idiocy and the other is a very stupid man desperate for people to believe he is a 'very stable genius'.

Why are the only two songs I can think of with the mightiest of Anarchic sentiment (Do Anything You Wanna Do) both such fucking boring middle-of-the-road Dad rock? I mean come on...

So Happy Birthday to me - I'm playing with my band Jealousy and the Cat in the Beaver Inn, Appledore on the night (Saturday, June 15th) do come and see us*.

**speaking of Dads, it is Father's Day this Sunday, and your kids won't have bought you my very funny book about Father-Son relationships, Gap Years, so I've put it on a 99p special offer until from the 13th to the 20th of June, you're welcome.
Posted by Dave Holwill at 11:09 No comments: