One month in - a few thoughts on being forty

I may have been a bit hasty when I claimed that turning forty would make no difference to my life. Not entirely, I mean I haven't joined the circus, faked my own death or gone to live on a boat. But when the big number actually flashed by I did some introspecting – like any self-respecting middle-aged man drinking cider alone in his garden on a Thursday afternoon might. It occurred to me that the only wedding I have been invited to this year is my friend's daughter, and the future will be filled with the next generation's weddings (along with the usual slew of second/third/fourth marriages) rather than watching my peers launch into a new – probably ultimately doomed – life. Hello halfway point. In Muppet terms, I'm Robin, singing that fucking terrible song. I am a shit frog that leaves you wishing for Kermit, and waiting for a punchline. 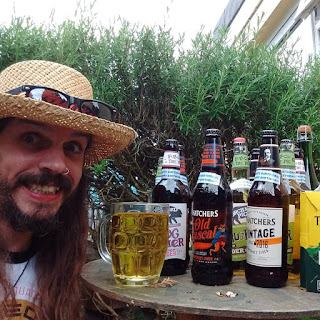 Happy Birthday to me – I got everything I wanted

It's true that the nature of the midlife crisis has completely changed over the years (as I have previously noted here) from trying to recapture your lost youth with fast cars, loud guitars and replacing your wife with a teenager – to trying to stop yourself dying by wrapping yourself up in lycra, and holding up my fucking car (which almost certainly cost less than your bike – and that includes all the music gear in the boot) by riding three abreast on country roads every bastard Tuesday night.

I've also come to the conclusion that one does not naturally become more right wing with age. There's a chance that you get more right wing with income, that makes more sense, but then I am personally wealthier than I have ever been, and not one iota less of a leftie git. I guess you could try and call me a champagne socialist, though I still can't afford champagne, and I don't see that as an insult anyway. It sounds to me like someone who wants to use their privilege to help those without it, that's probably a good thing right? I'm pretty sure that whatever views you already hold mostly get more entrenched with age, and your ability to see the other side of the argument vanishes. I'll let you know when my generation get to our seventies.

I don't have a generation with a catchy name, those of us born in the late 70s/early 80s are called X/Y cuspers, or sometimes 'Thatcher's Children' but that sounds creepy, and depressing. We're not Generation X, all edgy and dark and gothy, and we're not millenials, all hipstery and awkward. We're somewhere between the two, which means I get to simultaneously own my own home and know how to work an iPhone (spoiler: I don't have an iPhone, and I only own my own home through blind luck – also the bank own more of it than I do). We got Edd the Duck, Thundercats and The Raccoons, but get lumped in with the same muppets who go on about Tiswas all the time, or the Spongebob loving simpletons. Maybe that makes us a bit awkward, and unable to really enjoy the mainstream nostalgia that the world is currently drowning in. 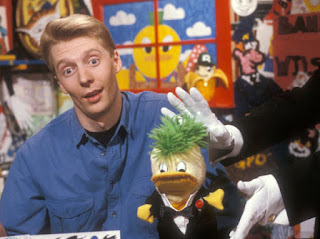 Seriously – this was what we got

Transformers, School Discos, The Crystal Maze experience and now they're making a real-life Pat Sharpe's Fun House. Did previous generations do the same? I haven't caught my dad watching Muffin the Mule DVD boxsets, or daydreaming over tripe fritters. Nobody ever opened a rationing themed restaurant, or an air-raid shelter theme hotel either. So why the fuck do we get all crazy over Spangles, and big Curly-Wurlys? Are we a generation unable (or just unwilling) to escape childhood? Almost certainly. Apparently we are willing to pay ridiculous amounts of money to watch mediocre musical acts with one almost-original member left, or go round a reconstruction of a TV game show from 25 years ago that was actually pretty shit in the first place.

I'm halfway through, if we're calling this mid-life, which I suppose we are. It turns out that if you think about it, that can cut either way. On the one hand, I'm running out of time, what of all the things I haven't done? We've swapped old-fashioned buying stuff for buying experiences instead. So instead of getting a massive dick-swinging car, you go on a more expensive holiday, take a balloon trip, spend the weekend driving all the cars, get photos, put it on your instagram and swing your dick that way. It's still bullshit, and it costs even more. Somehow it gets re-invented as a non-materialist lifestyle, with £30 coasters proclaiming, 'Travel is the only thing you buy that makes you richer,' and suchlike. I'm calling that out for bollocks, I can no longer afford your coasters now I've shelled out for hotel rooms and new car tyres for my upcoming holiday, you smug sunset-meming twats.

On the other hand, I am only half way through and I'm bored already. From a purely intellectual level I can completely understand why men of my age are such high suicide risks. It's important to note how lucky I am really. Just to be here, with no long term medical problems, not having suffered any serious trauma, on top of my particular brand of crazy at the moment, unlike so many of my peers – plenty of whom haven't made it this far. You don't get to be a middle-aged muso without losing a few mates along the way (and not just by stealing their girlfriends). 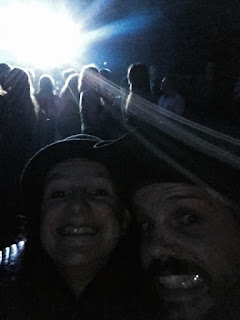 Market Disco – Dance like everyone's watching and you are awesome


It's not all bad though, the shedding of inhibitions that comes with age is wonderful. I no longer give even half a fuck what people think. I was sad to note, on Friday, at a disco in a cow shed (recently revived from those held there in the 80s, nostalgia-police), that the entire dancefloor was mostly full of young, beautiful people, almost entirely stationary. I, and my fellow middle-aged companions on the other hand, were dancing like nobody was watching (as the wankers would put it) to the Venga boys, behind the speakers where it's a bit quieter and there's space. Here's to the wisdom that only comes with age.
Posted by Dave Holwill at 05:40 No comments: