It is now a truth universally acknowledged that anybody who does anything creative will get battered for expressing personal opinions online. We get told artists aren't supposed to have political views. Don't alienate your potential customers, stick to writing/singing/crochet/cheese-making. You know, like George Orwell, Peggy Seeger, Margaret Atwood and Chuck D. Well fuck that. I've always been a little to the right of Karl Marx and rarely ashamed to bleat on about it. 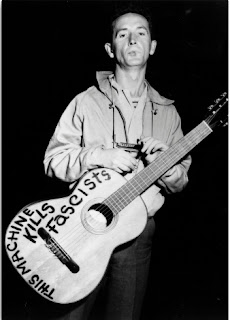 I used to spend a lot of time getting into arguments in pubs, on the internet and anywhere where there are people with opinions. My first really big blog post was on this very subject (it was the first time I realised people were actually reading what I was writing and had to start editing this shit properly).

But then social media exploded, and I got tired of the endless bickering, those who wanted to win rather than have an intelligent discussion, and I stopped calling it out. This anger fatigue (a bit like compassion fatigue, but slightly less cunty) made me decide to be more tolerant, even going so far as to tolerate the intolerant. However, it turns out just avoiding conflict has not made things better for anyone. Since I have been scrolling past and respecting other people's opinions Brexit, Trump and Farage all happened, and the 'free-speech' warriors (currently crying about a 16 year old autistic girl on a boat who says climate change is real) have taken over the discourse.

So fuck them. From now on I will not be turning a blind eye to the bullshit. Expect comments, links to Snopes and requests for your source material. There is no such thing as an alternative fact. I won't be engaging in endless back and forth that goes nowhere, so don't assume you have won just because I stop.

IT IS NOT ABOUT WINNING, IF YOU ARE RIGHT I WILL ADMIT IT, I HAVE NO HILL I WISH TO DIE ON - unless you don't like Billy Joel's 'Scenes From An Italian Restaurant,' in which case you clearly have no soul and we can't be friends.


I expect I will lose some friends, some followers and some fuckwits. But honestly, I don't know what else to do, there are some genuine differences of opinion which I will respect, but if your opinion is that some people are not as worthy as some other people simply because of their faith/race/sexuality/class/gender then I don't have to respect that and you are an arsehole.

Opinions that differ from mine that I will tolerate:

That you don't enjoy the same music as me (Billy Joel excepted).
That you don't like my books.
That you think I dress like an idiot.
That football is important.
That capitalism can still work (though expect some laughing).
That the Monarchy are worth every penny.
That it matters whether the jam or cream goes first on a scone.
That tea is not a meal, but a thing you do at about half four with cake.
That your god is real.

Things that I will no longer classify as 'just a different point of view':

Nigel Farage popped round last night and wouldn't stop crying about not getting the Brexit he wanted. At least I think that's what he was on about - I was too busy waiting to see if he noticed that I'd served him up a glass of Beast Man's piss. pic.twitter.com/BKGKjlnEiP
— GrumpySkeletor (@GrumpySkeletor) December 8, 2017

That your god thinks the LGBTQI community are evil and subhuman.
That your god thinks you should inflict harm on anybody.
That racist/sexist/homophobic/transphobic/rape jokes are just 'banter'.
That trans-women go through all they do to perv on cis-women in toilets.
That Trump is not a lying, self-serving white supremacist.
That this country is being brought to its knees by immigration rather than tax-dodging, land-owning, grouse-shooting, xenophobic cunts.
That climate change is 'just a natural process, human activity has nothing to do with it.'
That your linked article from Spiked, The Canary or the Daily Mail has anything in it that isn't complete propagandist bullshit.
Nigel Bloody Farage.
That unborn babies have more right to life than foreign adults.
That the laws of economics are as unchangeable as the laws of physics.
Any clear shit-stirring post that involves poppys or people in shops disrespecting our 'brave armed forces' I've never seen one that's actually true - check Snopes.
That an advisory referendum result won by breaking electoral law and barefaced lies represents democracy and anyone questioning it is a traitor.
Any shared Facebook post that begins or ends with the words 'Share if you agree...' or 'Share if you remember...' IT'S A FUCKING CLICKFARM KAREN!
That vaccinations are bad.

That mentally ill people just need to pull themselves together.
Anything at all that mentions chemtrails, prehistoric aliens or a flat earth.
That my socks, bright green crocs and corduroy combination is not cool.
Nigel Bloody Fucking Cunty-Faced Farage.
(I have not mentioned the Hopkins woman out of respect for her family). 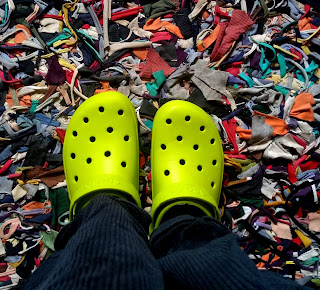 And that's pretty much all I can think of, there's probably more, please add to the list in the comments.
Posted by Dave Holwill at 08:22 4 comments: