The only time you'll find me spinning around is on the dancefloor, though come to think of it, just being in my presence will make you instantly cooler, so maybe I am.

(informal) a person who is extremely interested in something, to a degree that some people find unreasonable 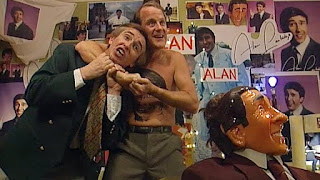 Not admirable qualities right? Those with the patience of a toddler who hungrily pre-order every release from their favourite band/author/movie franchise/crockery creator etc. The people who camp out in the streets to be first to get the new shiny thing/tickets for band that should have stopped touring thirty years ago/a look at a posh baby. The one-upmanship of those desperate to be first, who fuel the ebay sales with 500% markups of things that will be easily available at a huge discount in a few short weeks time (hi record store day friends). Handy for a certain sector of consumer capitalism that relies on blind hero-worship and impatience though.

Once upon a time I did pre-order books, movies and records to get them at full price on release day, then pore over them for days until I knew every part of them. Now I know if I leave it a bit, I can probably get them for less than half the price when those early adopters have finished, and it has been a long time since I read anything twice (although that is more to do with my fear of dying before I have managed to get through the mountainous to-read pile next to my bed – which is quite likely to be the cause of that death).

This isn't some smug money-saving tip like the millionaire fashion icon 'oh I get all my stuff from charity shops' might give you in order to fuck up the chances of anybody else ever getting a bargain again. It's because that deadly to-read pile has sibling to-watch and to-listen-to piles and the last thing I pre-ordered was still sitting around unread by the time I first saw it as a 99p kindle special offer. It's really just me: getting old leaves a lot less time to laze about consuming pop culture. I have had The Last Jedi DVD sitting on my shelf for nearly a fortnight now, and am starting to regret paying full price – cheapskate twat that I am. 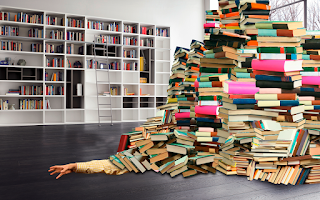 It's the competitive nature of fandom that will always confuse me. Those who, when I mention that I quite like band A, will immediately tell me 'I've seen them live,' with a smug face as if buying a freely available ticket in accordance with market forces is some kind of achievement. The tracking down of rare bootleg recordings did indeed used to be a difficult game, the sense of achievement could be earned, until you removed the treasured tape-of-a-tape-of-a-tape-of-a-tape from its photocopied cover and played a crackly, not-quite-as-good-as-the-officially-licensed-live-recording-from-another-date version of a song that should make you question your life choices. Being smug about owning a rare record these days is just being smug about having a lot of money and a discogs account, before it was a sign of having way too much time (also money) on your hands.

In my youth I did indeed bow down to the gods of rock. Until I learned to play well, write killer riffs (spoiler: they may not have been that killer) and understood how it all falls into place. I had no time for contemporary heroes – Kurt Cobain, Thurston Moore, Graham Coxon, Bernard Butler – the grunge-lords and britterati. But the ancient titans of rock – Jimi Hendrix, Ritchie Blackmore, Alvin Lee, Jerry Garcia – still held a certain magic: even once I had read biographies pointing out just how spoiled, twatty and broken most of them really were. But then I got older, I came into real life contact with a few actual rock stars in the course of my apathetic failed musical career and they lost their glitter. I still love the songs, but their creators are no more to me than craftsmen doing a job. Love the song, not the singer.

With that realisation I stopped with the envy, and the contempt and all the other vague, bitter stirrings from my artistically unfulfilled heart that I aimed at the unworthy contemporary chart toppers. Truly blinkered fans – you know the ones, they'll tell you 'Octopus's Garden' and 'Maxwell's Silver Hammer' are just as good as the overwhelmingly excellent finale of Abbey Road, that Titus Alone is every bit as brilliant as Titus Groan, that Star Wars movies aren't just jolly adventures for kids (they are, and that's why they're great), the kind who think Tusk and Physical Graffiti should not have been single albums without all the shit on, who want to hear David Gilmour do his non-Pink-Floyd material live and didn't cancel their Amazing Spiderman subscriptions when Dr Octopus took over as Spidey – never get to this realisation. Their religious fervour for their idols is truly terrifying. I have friends who, if I were so inclined, I could drive to tears with a pithy take-down of their favourite Green Day album. People whose entire identities are so entwined with their obsessions that to lose one is to lose the other entirely. 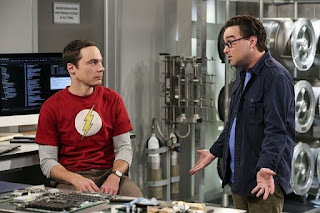 'Sheldon, you didn't have a personality, you just had some shows you liked'

Separating art from artist becomes increasingly necessary in the current environment – especially if you're a bit of a lefty and you like Morrissey: like most Morrissey fans. You can try and draw a line and say you only like his work up until the point he became an awful racist cunt, but I think he may always have been an awful racist cunt. Also 'Spent The Day In Bed' is a fucking great song. So are 'Cat Scratch Fever', 'Rock and Roll part 1', 'Rooftops' and 'Jake the Peg' and I will still listen to them however cuntish their creators.

Difficult people can write great music and if you didn't know the terrible crimes of the artist you wouldn't care. Bowie and Jimmy Page both slept with underage girls (consensually, as far as I am aware, which is a crucial difference) but we're all still very happy to listen to their music. Phil Collins was always a massive tax-dodging tory but... okay, only tax-dodging tories like Phil Collins – same goes for Gary Barlow. But there are fans who are devastated when the ideals of their idols fail to align with their own.

Kill your idols, believe in nothing but yourself, your false religion will ultimately disappoint you. Believe in the music, for it shall set you free, worship the power of the instrument in your hand to change the world, for this machine kills fascists.

Love the art, fuck the artist. 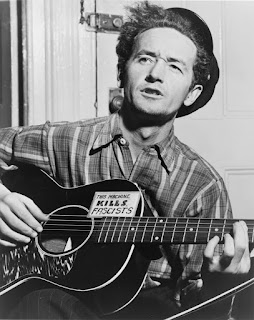