I'm terrified the new Doctor Who is going to be shit

I have honestly not been as nervous for a new series of Dr Who since the announcement it was coming back ten years ago.

Last year I was utterly overjoyed to hear Jodie Whittaker was going to be the next Doctor, a woman. Not just a woman, but one who I'd been watching in some drama where she was pretending to be a doctor, and she was good. She's got chops, I've seen her doing all the emotions. I've heard her being really funny and entertaining on the Shaun Keaveny Breakfast show on 6 music and couldn't be more pleased. The best person got the gig, there can be no complaints.

I'm still a bit scared though.

Especially after her first appearance on the Christmas special. 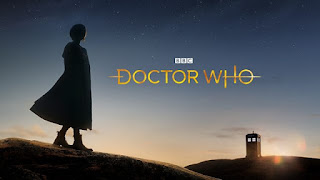 It's because of the (still overwhelmingly male) writing team that chose to lead with a woman driver gag which I pray will prove to be a knowing nod and an excellent set-up to a proper good first story arc.

Except that I've been watching Doctor Who for long enough (very nearly 41 years and counting) to know that the first story line for any Doctor always gets chucked under the bus so as to weather the inevitable onslaught of vitriol given to anyone brave/stupid enough to take the role on. Peter Capaldi spent most of his career as the Doctor acting his very arse off in the face of utterly dire plots and cock-awful scripts until they finally worked out how to write for him in his last series (even if it did all turn to shit at the end there).

I'm not normally the type of drooling fanboy to get nervous about something as unimportant as a TV show (Star Trek: Enterprise kicked that out of me a long time ago) but I have spent the last three and a half Doctors in defensive mode – half the time not even believing my own bullshit – and am painfully aware that I am in for even more of it this time around. Capaldi, Matt Smith, and even the sainted David Tennent got short thrift from my family in their first few shows (pretty much all of Smith and Capaldi's runs got a good deal of – admittedly quite deserved – snark) as both wife and children declared how much they missed the sainted Tennent and untouchable Ecclestone: who got a free pass just for there being a Doctor again after so long. I still say Paul McGann deserved a better, bigger shot at it. If you haven't seen his USA TV movie, it is fucking brilliant.

Expectations for this series are weighted like never before. On one side are a swathe of people expecting unreasonably good things from a slightly tired TV franchise. Excited feminists who have never bothered watching will be turned off by its intrinsic daftness. Dyed in the wool Whovians will endlessly whosplain to each other why she can/can't possibly do the job (I expect they already are, I've stayed out of it).

To pull this off, she needs to be exceptional. As so many women do when thrust into jobs that a man like myself would be perfectly able to get away with doing half-arsedly (see Colin Baker for more on this). It's a sad truth of modern life that we claim to be thoroughly open-minded and equal, but if an aesthetically unpleasing female gets a traditional male role she can not be any good. If she is anything less than exceptional it proves (to some) that women can't do it. This means in the boardrooms, in legal chambers, gaming, music, comedy, every single job you can think of. She also needs to be able to do it while answering questions about what it's like to do this job as a woman, and how her children are coping without her. A question I don't think Tom Baker ever had to contend with.

I like to think I'm above all that but there's an inbuilt and conditioned discrimination that sits inside me from my privileged position as middle-class, middle-aged, privately educated white man. I'm bright enough to know it's there, but plenty aren't. Every time I see a literature award/prize/bursary aimed at minorities/women (honestly if you think women are a minority you need to learn maths (ok, yes China, but that's not here)) my inner gammon screams that I am not being given the chance for that big break I so desperately deserve. Luckily the rest of me, which is not a total bellend, reminds me that I am statistically more likely to make it in literary circles (any circles frankly) anyway due to my background. Unfortunately, my (un)professional background is mostly in drinking and fucking about with guitars rather than publishing/journalism/hereditary peerage. Also Devon not London (do see my last ramblings about why I'm also not a rockstar).

The conditioning is the hardest thing to break, it's a theme I've become increasingly aware of over the last few years and have tried to raise in my third novel (which I currently hate the title of, and it's getting a bit close to being finished for me to be wanking about with the title now). I am still always surprised when I see a woman being good on guitar/bass/drums and very nearly say something dumb like 'wow, she's good for a girl!' and then want to punch myself in the dick because I know that I shouldn't be surprised – in the same way as nobody should have been surprised by Susan Boyle's voice, it isn't just the really really good looking people that get talent. I hang around on a lot of musician forums where the 'good for a girl' thing comes up a lot. Along with 'and she's pretty hot too, I would' or something equally delightful.
There are a lot more male musicians on shockingly misogynist forums, it might colour your views slightly. 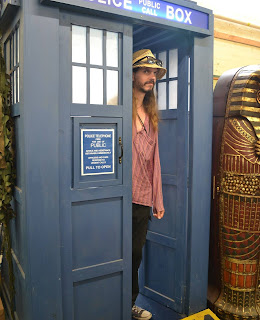 Interestingly, I personally know at least two people who I am sure are only homosexual because they hate women so much they don't think they can even do sex right. No names here, but if you're reading this and think it might be you, it is. Hi, we'll talk about it later.

My inner Guardian reader knows full well that abstract women are intrinsically competent and as good as men at everything. But the second I see a real one being competent I am conditioned to be as surprised as the next pork-faced fuckwit. Being a do-gooding, leftie, pinko Nancy I at least have the manners to try and stop myself. Plenty of others aren't, and don't get me started on the LGBTQRSTUV community (it's alright, I checked this joke with a couple of them and it's okay. Unless throwing this much diversity into one category is a bad idea that might end with outraged Transphobic Lesbians being stuck in a meeting with their phobias?) Again, in theory I'm good, in practice, yes I stare a bit and ask the wrong questions, and probably call the wrong people mate/sweetheart/darling.

I'm trying, the world has changed since I first got called Shirley for having impeccable dress sense. See also being a bit deaf and having trouble understanding foreign accents (Devon not London is relevant again here). For some reason I have never been surprised by BAME men being competent/better than me in my chosen fields, but then I work in entertainment/IT and thus expect to be out-minstreled by the black community and my IT skills can never live up to those of Asian stereotypes. (These are jokes, please don't get outraged because I mentioned minstrels).

I do, however, fully expect women to be better writers – not just good, better.
Probably because of my childhood Enid Blyton addiction.
Equality is not preprogrammed in you, you need to work at it.

To get back to my original point, the huge well of hatred ready to be thrown at Jodie Whittaker as she sets forth to play the most anticipated Doctor since the impeccable Ecclestone doesn't need any help from weak plotting, identikit supporting cast or 'having to bring in the fucking Daleks again'. The full-misogynist contingent won't be swayed even if she stars in the greatest thing since Tom Baker didn't finish off Davros.

I sincerely hope that the well of hope and anticipation that has been building in my chest since last year (honestly, she looked so good in that teaser, and not in a oh-look-a-pretty-girl-on-a-tv-show-I-love way, in an I-Love-Doctor-Who-and-this-is-genuinely-exciting way) won't end in a damp squib of meandering subplot and knowingly-ironic-chauvinist jokes that go so far round and up their own arse that the irony it is cloaked in ends up just being awful and sexist anyway.

I'm depressingly prepared for the usual shitty first season, probably containing a load of in-jokes. Suggestions from me include the male companion mansplaining stuff, a completely meta character who has been a fan (there's precedent) telling her she can't be the Doctor because she's a woman, plenty of makeup/boob/menstrual cycle gags and a multi-tasking one-liner at the TARDIS console.

Cue sudden uproar and the producers getting scared enough to end the experiment and just cast Toby Bloody Jones or Rory Kinnear as the Doctor to keep the fuckwits happy.

But for gods sake prove me wrong, and be the brilliant, clever, inclusive spectacular of my dreams. I don't want the whole world to keep going backwards. 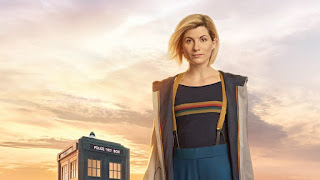